New Zealand is on my top three countries so far. I love that country to bits! It’s probably my fault that it got its latest earthquakes…

New Zealand is spectacular! It got deserts, rainforest, fjords, glaciers, volcanoes and so much more. Håkan and I spent more than 5 weeks there, but we still felt that we hadn´t got the time to do everything!

New Zealand isn´t just spectacular to look at. It also has the Mekka for adrenaline junkies, which is Queenstown. We had a blast in Queenstown, and I will write more about the crazy shit we did there. But this time, it´s about bungy jump. You need to write this down on your bucketlist. And preferably do it first of all the things you have written down. When you have managed to throw yourself of a cliff and survived, you can do anything. And you want to do everything! The confidence in a bungy jump is greater than anything else that I know about.

We did the Nevis Bungy, which is the highest in New Zealand. The surroundings were, ironically, to die for…. And you can´t be anything but impressed by that little shelter in the middle of a mountain pass. It´s so beautiful!

The first view over the canyon you will have.

Have a look at the photos below (click to enlarge) and be amazed of the nature. And the shelter in the middle of it. 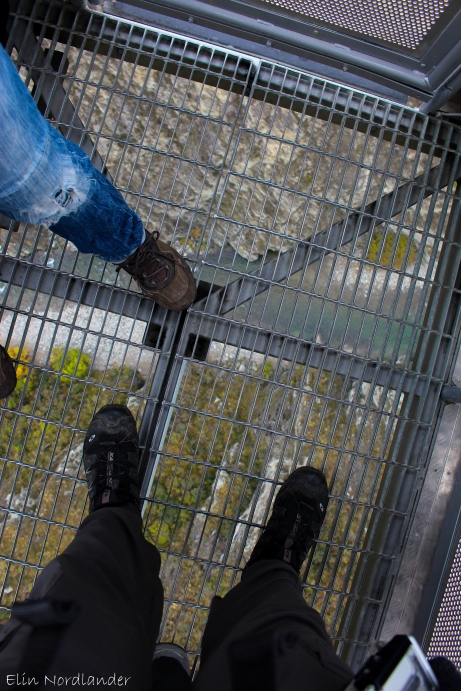 In the lift in the way over. 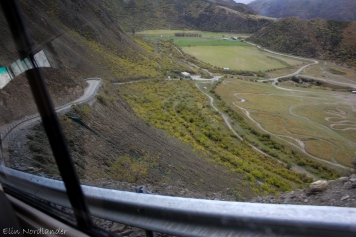 Getting on top of the mountain in a bus. 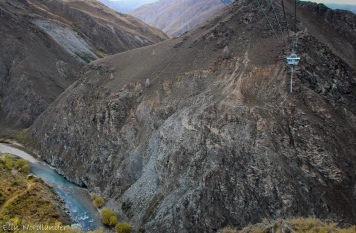 Small hut in the middle of the canyon.

They pick you up at your hotel, hostel, or in our case, campground. It is super touristy, but so freaking worth it!

The bungy itself was…. It is really hard to try to explain such an adrenaline rush… I´ve done a video about the experience, you can find it below! But first! Pictures… 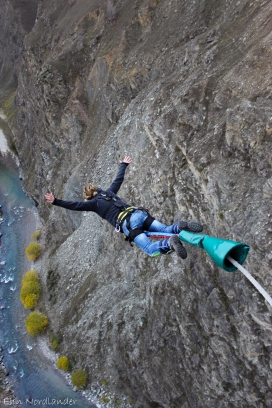 Me throwing myself of the edge. 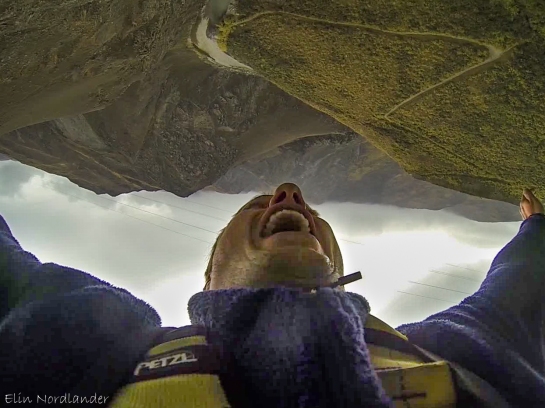 Håkan is screaming his way to the ground.

Throwing ourselves of the edge!

When you do it yourself, you will love it! I´ve cheated this time, this is not my first bungy so it was not as scary for me, that is why I look all professional in the photos and video (haha). But apparently I wanted to do it again, so it has to be something special about it.

I will give the Nevis Bungy Jump chocking 5 out of 5 stars! 😉

Video from the Bungy: